You are here: Home / Archives for limes 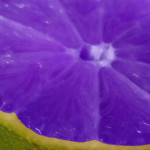 Scientists are developing genetically engineered limes containing anthocyanin, which are beneficial bioflavonoids that have numerous roles in human well-being, including treating obesity and diabetes. University of Florida horticulture scientist Manjul Dutt is hoping to turn your next margarita on its head by making it a lovely lavender instead of passé pale green. Dutt and Jude […]