You are here: Home / Fukushima / Your life is in the hands of TEPCO (Tokyo Electric Power Company) 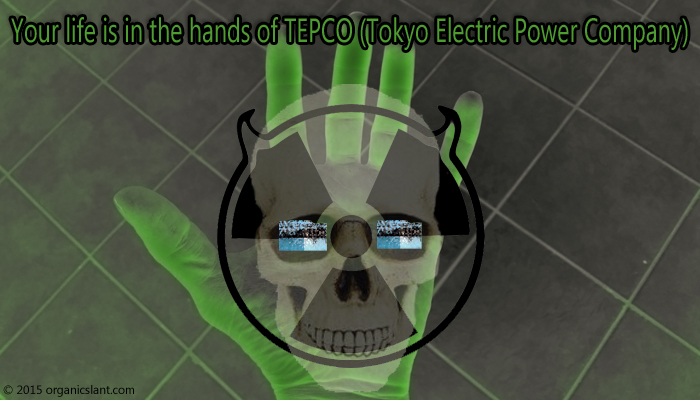 Years after the Fukushima nuclear meltdowns, we’re still seeing repercussions of the disaster, and the effects will likely continue for decades. This disaster is contributing to untold health concerns and environmental damage.

A recent report from the Tokyo Electric Power Company (TEPCO) says 2 trillion becquerels of radiation may have flowed into the Fukushima power plant bay in a short amount of time. From August 2013 to May 2014, documents estimate that the No. 1 reactor leaked more than 10 times the limit of radioactive material TEPCO set before the meltdown. That’s a lot of radiation drifting out into the Pacific Ocean!

While you may have heard information about Fukushima in the news, there are some stories the mainstream media isn’t covering.

Radiation in water is just one concern; thyroid cancer, often linked to radiation exposure, is on the rise among youth in the Fukushima Prefecture. Local government officials want to downplay a connection to radiation from the triple meltdown and these new cases of cancer. While it’s still too soon to determine an actual cause, experts agree that the rate of incidence is disturbingly high.

Scientific reports suggest levels of Cesium-137 will peak in water supplies on the US West Coast and in Canada by the end of this year. Cesium-137 is a radioactive isotope that presents a strong danger to human health. After drinking contaminated water, your body’s tissues can be exposed to low levels of gamma and beta radiation which could increase your risk for certain types of cancer.

With a pro-nuclear government in power, Japan is seeing something similar to what happened in Ukraine after Chernobyl. Nuclear authorities tend to deny the negative results reported by researchers in an attempt to further their goals; in this case, a return to nuclear power. Many scientists are rather miffed with a watered-down UN report that came out in late 2013. They argue it ignored negative scientific studies and lacked documentation for certain claims, leaving some worried that authorities won’t acknowledge the radiation threat until it’s too late.

Witness reports that doctors and hospitals are being threatened if they tell their patients that their illnesses are radiation related.

Arnie Gundersen, nuclear engineer – We continue to get information from people who live there about cancer rates — and illnesses in general, not just cancer. We think of radiation as a cancer causing thing, but it also causes many other ailments. Much higher incidences of a whole range of illnesses than they had in 2010, the year before the accident… We’re also working with doctors in Japan, and some brave doctors are saying that they’ve been threatened — that their hospital rights have been threatened — if you tell your patient this illness is radiation related you’ll lose your right to practice and things like that. So there’s enormous pressure on the medical community to tell the patients that what they’re experiencing is not at all related to radiation.

The key is statistics, and the question is when will the statistics be released for mortality, morbidity, and general illnesses… We’re not seeing the data. The medical community now has to file every report that it writes with the IAEA, the International Atomic Energy Agency, before it’s issued. So if you’re a hospital, and you’ve got mortality data, you’re not allowed to issue that to the public until those reports have been cleared by the IAEA. Well, Article II of the IAEA charter is to promote nuclear power. So even if the hospital was conscientious — there’s a lot of political pressure not to be — but even if it was conscientious, there’s another step in the process, and they’ve got to clear an IAEA hurdle before those numbers are released. It’s truly frightening, the pressure the medical community is undergoing in Japan. Very few of them are willing to tell the truth. There’s experts out there like me – independent experts – who are saying that as many as a million cancers may result. 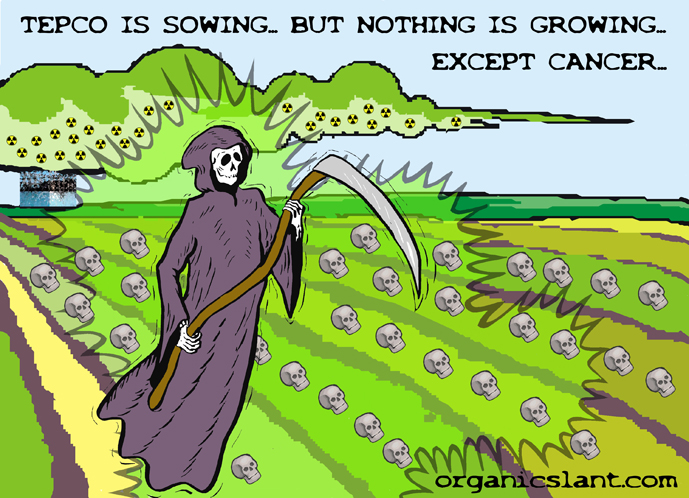 Censored and heavily redacted emails[PDF] from U.S. government scientists and officials reveal that there were major concerns among American policymakers shortly after the devastating Fukushima nuclear power plant disaster in March 2011 that there would be widespread radiological contamination and spikes in thyroid cancer rates.

“I would like to raise another issue which now merits expeditious, near term action. There is a short time window… during which it will remain possible to… measure any I-131 that members of the public may have ingested,” said an email sent to John Holdren, senior adviser to Pres. Obama on science and technology, Secretary of Energy Steven Chu, DOE/NRC officials, and others whose names were redacted on March 23, 2011, 12 days after the disaster on March 11, according to a recently released trove of email documents, per a Freedom of Information Act request.

“Collecting this data… would be very valuable,” said the email.

Nuclear science experts were clearly concerned that radioactive fallout from the disaster would not merely spread to the U.S. West Coast but cause a spike in thyroid cancer rates there, as well – though none of those concerns were publicized by reports or expressed publicly by the Obama Administration at the time.

Emails revealing, though heavily redacted – why?

“Many cases of thyroid cancer, and other health problems, may end up being attributed to exposures from the Fukushima accident… on the U.S. west coast,” said the email.

“It is possible that we will find that some people have received doses of I-131 and other radionuclides that could exceed [emphasis added] the levels… Protective Action Guidelines are designed to prevent. This could provide a basis for immediate action to change PAG’s,” it added.

“There are very strong reasons to gather data, but it must be done in a way that is broadly viewed as being in the interest of the public and the individuals involved,” the email said.