Popular oat cereals, oatmeal, granola and snack bars come with a hefty dose of the weed-killing poison in Roundup, according to independent laboratory tests commissioned by EWG.

The Environmental Working Group has released independent laboratory test results that found that Roundup’s weed-killing poison, glyphosate, has been found in 43 of 45 cereals tested, including those we feed our children.

Glyphosate, an herbicide linked to cancer by California state scientists and the World Health Organization, was found in all but two of 45 samples of products made with conventionally grown oats. Almost three-fourths of those samples had glyphosate levels higher than what EWG scientists consider protective of children’s health with an adequate margin of safety. About one-third of 16 samples made with organically grown oats also had glyphosate, all at levels well below EWG’s health benchmark. 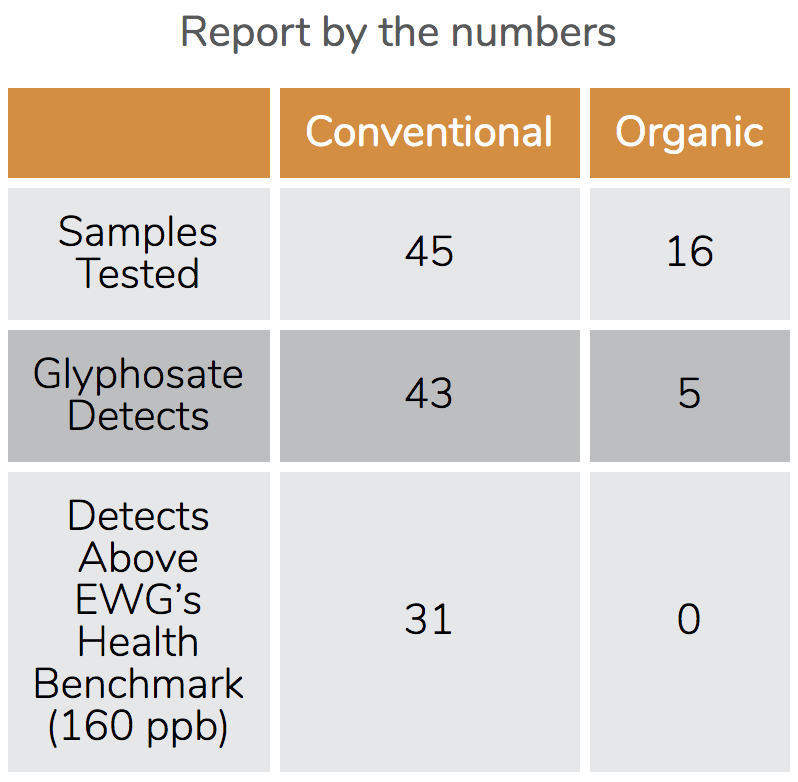 Of the 43 cereals that tested positive for glyphosate, 31 of those had a glyphosate level greater than 160 parts per billion–the threshold the EWG deems harmful to humans. Cereals found to be above the threshold in the independent laboratory tests include:

Glyphosate Was Found on Most Samples of Oat-Based Foods 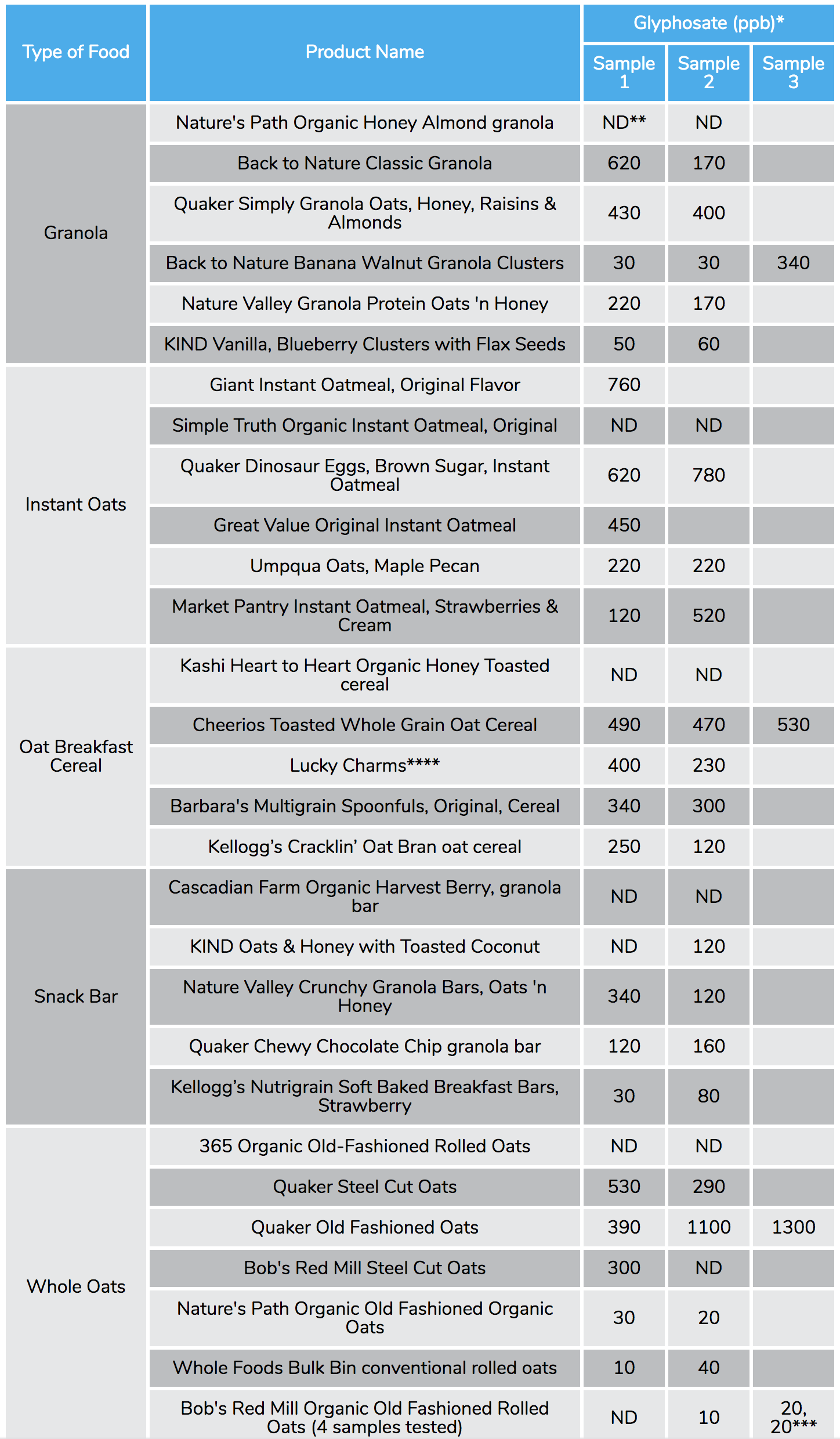 EWG tested more than a dozen brands of oat-based foods to give Americans information about dietary exposures that government regulators are keeping secret. In April, internal emails obtained by the nonprofit US Right to Know revealed that the Food and Drug Administration has been testing food for glyphosate for two years and has found “a fair amount,” but the FDA has not released its findings.

The EWG is urging consumers to contact the EPA to request that they restrict pre-harvest applications of glyphosate. To see the full list of cereals tested in the EWG’s independent laboratory tests, click here.

“Even at the highest level reported by the EWG (1,300 ppb), an adult would have to eat 118 pounds of the food item every day for the rest of their life to reach the EPA’s limit. Of course, nobody eats close to that much food! Using oatmeal as an example, 118 pounds would equal 228 servings or 3,658 percent of the daily recommended intake of fiber. These numbers translate to 9 ½ servings every hour without sleep for a person’s entire life.”