It’s “when” not “if” an underground Manhatten Project fire at the Bridgeton landfill reaches nuclear waste in the nearby West Lake landfill, St. Louis County.

For five years, the people of the St. Louis County neighborhoods surrounding the site have endured noxious smells released by the combusting waste.

WWII era Manhattan Project atomic weapons production waste has been dumped in the landfill. Now waste has migrated off site and the landfill has been burning for over 4 years.

Landfill owner Republic Services maintains that the situation is under control and that the subsurface chemical reaction is headed south, away from the known area of nuclear contamination.

Uranium, used to make the first nuclear weapons in the Manhattan Project during World War II, was processed in St. Louis. In 1973 a private company that bought some of the waste from the U.S. government illegally dumped it at West Lake, and residents have been waiting for decades for cleanup. The site was put under U.S. Environmental Protection Agency jurisdiction in 1990, but residents complain the agency can’t get the job done. EPA promised a cleanup proposal by the end of 2016.

The cause of the fire is unknown. For years, the most immediate concern has been an odor created by the smoldering. Republic Services is spending millions of dollars to ease or eliminate the smell by removing concrete pipes that allowed the odor to escape and installing plastic caps over parts of the landfill.

Directly next to Bridgeton Landfill is West Lake Landfill, also owned by Republic Services. The West Lake facility was contaminated with radioactive waste from uranium processing by a St. Louis company known as Mallinckrodt Chemical. The waste was illegally dumped in 1973 and includes material that dates back to the Manhattan Project, which created the first atomic bomb in the 1940s.

The Environmental Protection Agency is still deciding how to clean up the waste. The landfill was designated a Superfund site in 1990.

The proximity of the two environmental hazards is what worries residents and environmentalists. At the closest point, they are 1,000 to 1,200 feet apart (305 to 365 meters).

If the underground fire reaches the waste, “there is a potential for radioactive fallout to be released in the smoke plume and spread throughout the region,” according to the disaster plan.

Radiation from the West Lake Landfill in Bridgeton has spread to neighboring properties. That’s according to reports released on Thursday by Missouri Attorney General Chris Koster. The reports also suggest the underground fire at the neighboring Bridgeton Landfill is moving in the direction of the radioactive waste.

Landfill owner Republic Services maintains that the situation is under control and that the subsurface chemical reaction is headed south, away from the known area of nuclear contamination.

According to a news release from the attorney general’s office, Koster gathered the nine reports in support of an ongoing lawsuit the state filed against Republic Services in 2013, for alleged environmental violations at the landfill.

Among the reports’ key findings:

Collectively, the reports paint a troubling picture of the environment surrounding the landfill site. Further, data indicate that the fire has moved past the two rows of interceptor wells positioned at the neck of the landfill, closer to the North Quarry.

Koster’s office gathered the reports to better understand the facts relevant to the lawsuit Koster filed in 2013 against Republic Services for alleged violations of law associated with the still-burning fire. The Attorney General’s Office is publicly releasing the reports because they contain information important to the health and safety of the people who live and work near the landfill.

The reports may be viewed below. Their conclusions are briefly summarized as follows:

In addition to publicly releasing the reports, the Attorney General’s Office forwarded copies to the Environmental Protection Agency, the Missouri Department of Natural Resources, the Missouri Department of Health and Senior Services, and the St. Louis County Public Health Department. Koster encouraged those agencies to carefully review the information in the reports and take further remedial action as appropriate to ensure that the people around the landfill are protected.

“These reports underscore what has been clear from the beginning—Republic Services does not have this site under control,” Koster said. “Not only does the landfill emit a foul odor, it appears that it has poisoned its neighbors’ groundwater and vegetation. The people of Missouri can’t afford to wait any longer—Republic needs to get this site cleaned up.”

Koster’s suit against Republic Services is set for trial in March 2016. He has alleged that Republic’s management of the landfill was negligent and that the company has violated the State’s environmental laws. The suit seeks penalties, actual damages, and punitive damages as a consequence of Republic’s allegedly unlawful conduct.

https://youtu.be/sv4ZVNJOz3w
Geiger Counter readings downwind of burning underground garbage, possibly nuclear garbage as well. Unless this counter is specifically designed and calibrated to detect alpha radiation, it will not detect it.
Another citizen scientist went and got close to a 200 CPM reading, had to leave within a few hours due to feeling sick..

obewanspeaksJuly 23, 2015 Saint Louis! Move away now! Cancer for everybody! Lock all these Nuke Pukes up!

The 11-page document warns “there is a potential for radioactive fallout to be released in the smoke plume and spread throughout the region.”

Cities in the potential path of radioactive fallout are listed: Bridgeton, Hazelwood, Maryland Heights, the village of Champ and the city of St. Charles.

“This event will most likely occur with little or no warning,” the study claims.

Bring awareness to the radioactive material that is interspersed throughout the St Louis Metropolitan area, and areas that have been deeply affected by these materials.

Bill Gates is (NOW WAS) the largest stockholder of Republic Svcs! He has the power to tell Republic to put out the fire and remove the nukes! But he doesn’t, he is silent on the matter! Why? BECAUSE THE STOCK IS GOING UP, UP, UP. 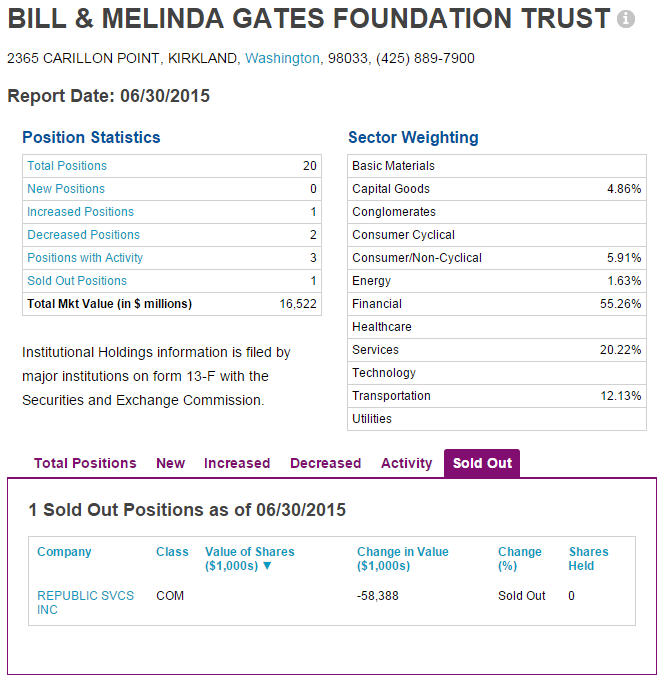 The recent report stated that in 3-6 months, the fire at the landfill will reach the radioactive waste.