You are here: Home / Archives for Columbia River 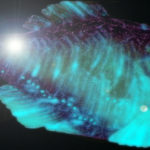 Fukushima radiation continues to contaminate West Coast fish. In early December, a number of news agencies reported seaborne radiation from Japan’s Fukushima Nuclear plant was detected in the Pacific Ocean along on the West Coast. The plant, which first leaked radiation into the Pacific in 2011 following a massive earthquake and tsunami that killed nearly […]