You are here: Home / Archives for breakfast 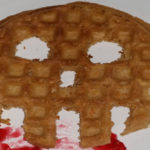 Increasing numbers of scientific studies are demonstrating that glyphosate residues are now ubiquitous in the environment and may be common in foods.  Glyphosate is the active ingredient in the world’s most widely used herbicide, its use being largely associated with crops genetically modified to be resistant to it. In 2015, the World Health Organization, through […]