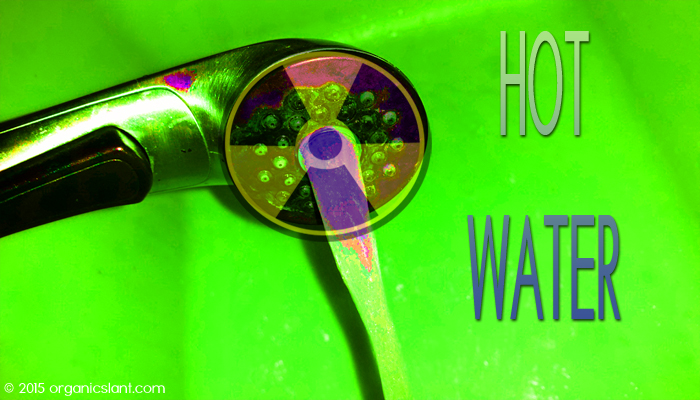 The only thing green about nuclear power are the people who think it’s safe.

When you were growing up, how many people did you know who had cancer?

How many do you know today?

I began this odyssey, innocently enough in July 2009 when I led a filmmaking crew to South Dakota to investigate what we had heard was an abandoned uranium mine which had contaminated local groundwater and made local ranchers, their children and even their livestock sick.

It was my own naïveté which kept me in the dark, and even though I had done a bit of research prior to leaving the driveway I still had no reasonable clue or expectation of the length and breadth of the problem, nor how many of us are affected by it every day.

I had no idea, nor did any of the people I have interviewed, that the water that 38 million of us in the American southwest get from the Colorado River is filtered through 16 million tons of radioactive waste sitting less than 750 feet from the edge of the river in Moab, Utah.

None of these people, all of whom I would consider very “aware” individuals, knew anything about it, or that we taxpayers are paying for the cleanup because Atlas Mining Company filed for bankruptcy rather than try to address the problems they had created.

I, nor any of the people I interviewed knew that this waste is more toxic than the ore itself, with half lives of millions of years. Most of these people don’t know what a half life is…I didn’t when I started this project.

None of these people know that this is just one of thousands of these sites all over the U.S leaching radioactive waste into our groundwater and aquifers. Nor do they know that if the sites are being cleaned up at all, that the taxpayer is picking up the tab.

Tragically, our naïveté continues to cost us the lives and health of the innocent. We allow the environmental carnage to continue as we approve new uranium mining operations with no guarantee that the sites will be reclaimed to pre-mining condition. In-situ leach mines leak into our aquifers while mining companies claim that they are innocent of the cause, and none of the mining company executives would consider allowing their own children to drink the groundwater from one of these areas.

The mining companies know that if the leaching solution breaks into an aquifer, the water is contaminated and cannot be corrected.

They cannot and will not guarantee it but will only promise to use the best available technology and make the best possible effort to correct the problem. Then as always, they will walk away with the ore and the profits and leave local residents and federal taxpayers to deal with the aftermath. As Powertech fights local residents of South Dakota over rights to drill new in-situ mines, facts are ignored as fantasy and false promises take center stage in Rapid City courtrooms.

TEPCO are operators, not engineers and are ill equipped to deal with the meltdown of the reactors at Fukushima. In the two years since the earthquake this has been proven and needs no further discussion. The leaks continue and the fissionable materials lie in wait for the next earthquake or typhoon or unstated Act of God.

Can the operators of American nuclear reactors, or any of the worldwide operators GUARANTEE that their facilities will not be affected by earthquakes, floods, hurricanes or terrorism?

It is not only to the credit of their expertise that a Fukushima-level meltdown has not occurred in the United States. It is luck…a great big bucket of luck that we haven’t had a horrific meltdown on our soil since Three Mile Island. And why do we continue to promote, subsidize and pay for nuclear power? Because we’re either ignorant or arrogant. Ignorant of the cost to our health and the potential for horror, or arrogant for knowing the truth and ignoring it.

The world will not be destroyed by those who do evil, but by those who watch them without doing anything. — Albert Einstein

We’re taking a huge risk. We can no longer deny it.