You are here: Home / Archives for veteran 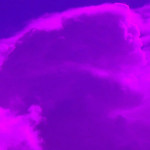 “Radioactive Veteran” is a documentary short that offers a new look at nuclear fallout in America. Donald Guy was a Marine in the early 1950s when the military ordered him to the Nevada Test Site, where they had begun conducting nuclear testing. Along with thousands of other Marines and soldiers, Donald was assured he was safe […]