You are here: Home / Fukushima / Radioactive Cesium From Fukushima Is Still Being Detected In Florida Citrus And Other Plants

Radioactive cesium from the 2011 Fukushima disaster is still being detected in citrus and other plants as far away as Florida, according to a report sent to the U.S. Nuclear Regulatory Commission (NRC).

In March 2011, multiple nuclear meltdowns took place at the Fukushima Daiichi plant in Japan. The explosions ejected massive amounts of radioactive material into the environment, most notably radioactive cesium isotopes. In the weeks after the disaster, winds carried airborne radionuclides to every corner of the globe. Most of the radioactivity, however, settled into the Pacific Ocean.

The report is Duke Energy Florida’s Annual Radiological Environmental Operating Report to U.S. NRC, dated May 5. It notes that immediately following the Fukushima disaster, radioactive iodine and cesium from the plant were detected in Florida vegetation.

“The vegetation measurements in 2014 are still affected by the Fukushima event due to the long-lived radionuclides deposited. The vegetation control sample station located in Orlando, Fl. is also experiencing similar Cs-137 deposition on the broad leaf sample media.”

According to the report, levels of Cs-137 have remained relatively constant in the samples tested over the past four years. This is to be expected, because that radionuclide has an incredibly long half-life. 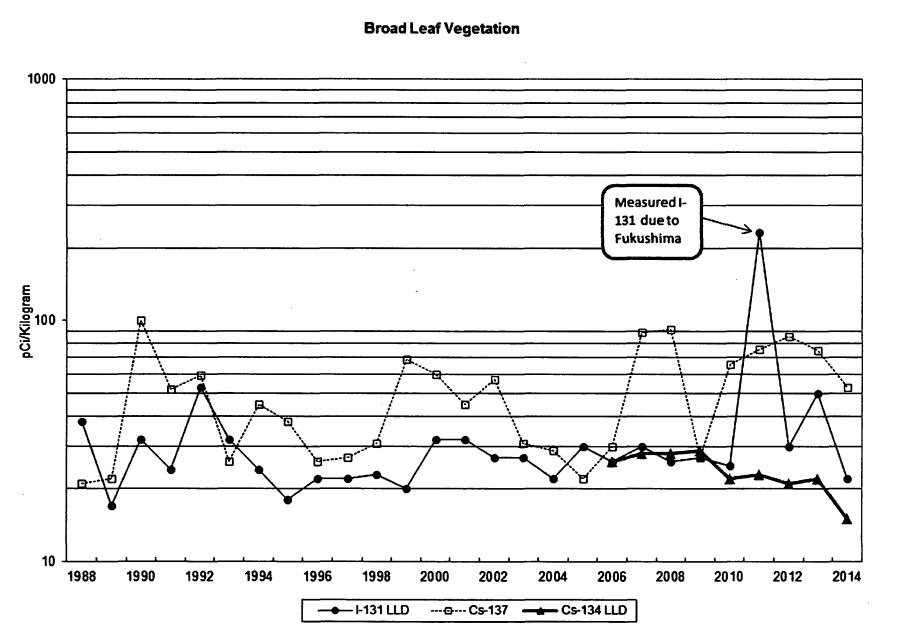 In 2012, 13 of 24 samples taken tested positive for Cs-137, up to 172 pCi/kg (a picocurie is a unit of radiation; approximately 27 pCi is equivalent to one Bequerel [Bq], a common unit of radioactivity). Samples taken in Orlando tested at levels up to 201 pCi/kg.

The report specifically notes that the 2014 tests also found Cs-137 in grapefruits at concentrations of 4 pCi/kg.

“It is not unusual to periodically see Cs-137 in citrus samples due to widespread deposition of Cs-137 from fallout due to past weapons testing and more recent from the Fukushima earthquake and tsunami event,” the report reads.

Found a mutation in the mix of mandarins. 4189 counts in one second means there is some bad-ass isotope in the mandarin juice. What’s going on here?