You are here: Home / Archives for Seralini 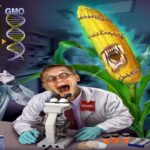 Monsanto pressured a scientific journal to retract a study about its flagship herbicide Roundup. This is according to a new report that alleges that the company launched a concerted effort against the author of a study that found that rats exposed to the glyphosate-based herbicide over an extended period of time developed tumors. Animal studies in favor of […]