You are here: Home / Archives for Papaver 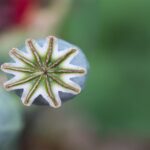 A home-brewing technique used to extract morphine from unwashed poppy seeds can produce lethal doses of the drug, according to research at Sam Houston State University. Madeleine Swortwood, an assistant professor in the Department of Forensic Science, began investigating the issue after being contacted by the father of a 21-year-old man who died after ingesting […]