You are here: Home / Archives for Cabernet Sauvignon 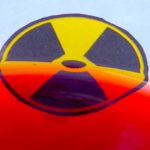 The Japanese nuclear disaster bathed north America in a radioactive cloud. Now pharmacologists have found the telltale signature in California wine made at the time. After release into the atmosphere, cesium-137 was swept around the world and found its way into the food supply in trace quantities. Such an addition is rarely welcomed. But in […]