You are here: Home / Fukushima / Hot particles in Japan: what does this mean for the Olympics and beyond? 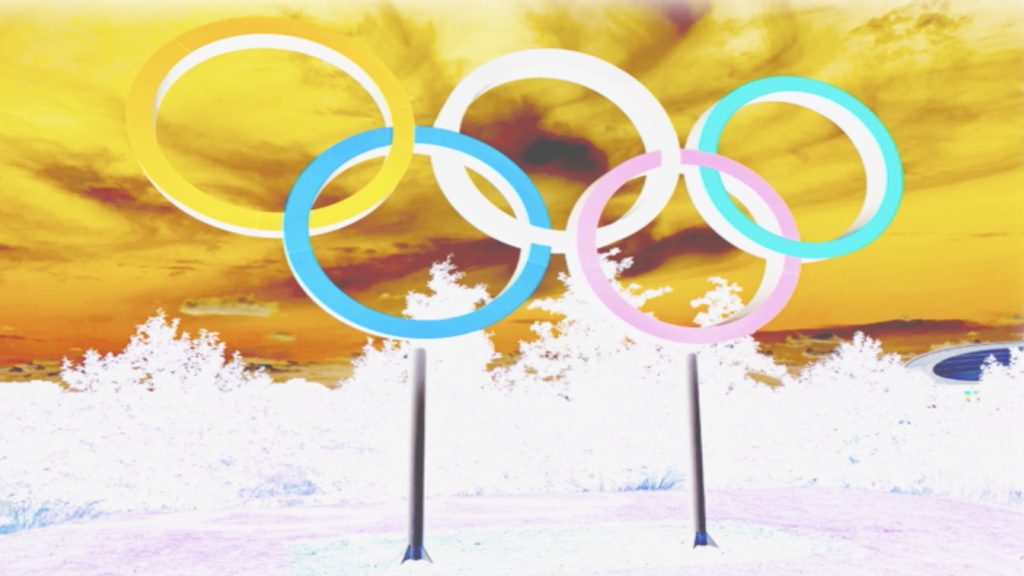 Hundreds of thousands of people – athletes and spectators – will flood into Japan for the 2020 Olympics. But exposure dangers from the Fukushima nuclear catastrophe have not ended since the meltdowns and explosions spread radioactive contamination over large areas reaching down to Tokyo and beyond.  Soon after the start of the meltdowns, experts began warning of exposure to radioactive microparticles (hot particles)– a type of particle that poses a danger unaccounted for by regulatory agencies.  In order to understand the special danger posed by these particles, at the Olympics and beyond, we must first understand the current state of radiation exposure standards.

For decades, protection from radiation exposure has been based on understanding how doses are delivered to the human body. Are the doses high or low? Inside or outside the body? If a dose is internal, which organ is it impacting? Is the dose given all at one time, or over a longer time? Additional consideration should be given to who is receiving the exposure: men, women, children, fetuses, — although protection based on age, gender and pregnancy falls short.

The difficulty with hot particles, which can travel great distances, is that they don’t deliver doses in the way experts expect. Current exposure assumptions hold that radionuclides settling in the body, i.e. through inhalation or ingestion, deliver a low dose to surrounding cells where they lodge. But these models are not truly reflecting the damage that is occurring. For instance, precise distribution of many radionuclides within the body eludes experts. And radiation doses delivered inside cells, which may seem low to an entire body, are large doses when just single cells or groupings of cells receive them. Hot particles deliver a much larger dose still, than what is considered “low”; and once they are inhaled or ingested, they deliver it specifically to the often unpredictable area of the body where they lodge.

Not only can doses be unpredictable – so can damage. Called stochastic, damage from radiation exposure may occur by chance, and may occur at all doses down to zero.  The higher the dose is, the greater the chance is that damage will happen. However, the severity of the damage, should any occur, is independent of the dose; in other words, even low doses of radiation can result in severe consequences. Sometimes these consequences can take decades to manifest. But for times of life when fast growth is occurring – such as pregnancy or childhood – the damage may show up in a much shorter time frame.

Since all parts of the human body develop from single cells during pregnancy, the severity of a radiation hit during this development can be devastating for mother and child, yet governments and the nuclear industry never consider these exposures as having an official radiation impact. Therefore, NO safe dose CAN exist.  Stochastic risk, coupled with the additional unpredictable and unaccounted for risk from radioactive microparticles, can lead to impacts that are more dangerous and difficult to quantify with currently used methods.

Clearly the danger posed by exposure to radioactive microparticles should be considered, in addition to known and better understood radiocesium contamination, as Japan prepares to host the 2020 Olympics. While most of the radioactive particle dust has settled, it can be easily resuspended by human or animal actions such as digging or running; and by weather, such as rain, wind, snow, and floods. Health officials in Japan continue to fail to act and stop the ongoing radioactive exposures. This lack of governmental action puts all residents of Japan at risk, and also any athletes, spectators and visitors that participate in Olympic festivities or games.

Currently, the torch relay is scheduled to begin with a special display of the “Flame of Recovery”, as the torch passes through still-contaminated areas of Fukushima Prefecture. Then, the “Grand Start”, the Japanese leg of the Tokyo 2020 Olympic Torch Relay, will occur at J Village, the former disaster response headquarters used during the initial nuclear meltdowns in 2011. It is 12.4 miles from Fukushima Daiichi and resides close to acres of radioactive topsoil and other material stored in bags. The bags and the cranes moving them are visible on satellite maps dated 2019. After starting in Fukushima, the torch will travel to all remaining prefectures of Japan. Further, there is indication that J. Village (now called National Training Center) is being retrofitted as a practice area for baseball, softball and soccer. Game events hosted in Fukushima Prefecture aren’t the only exposure concern as radioisotopes have traveled far from the ruined cores of Fukushima’s reactors. Radionuclides from the meltdowns were found in Tokyo’s metropolitan area as late as 2016 and would raise and lower, researchers observed, based on rainfall and run-off. A “high activity radioactively-hot dust particle” traveled from Fukushima’s ruined core, to a house in Nagoya, Japan –270 miles away.

In our normal lives, each one of us breathes in a modest amount of dust daily. People are also exposed through contaminated food, ingestion of dusts and soil, or through skin contact. Endurance athletes are at a higher risk, since they often eat much more – and take in more breaths per minute – than an average athlete or a person at rest. And, biologically, due to developing cells, children and pregnant women are at a much higher risk from radiation exposure than men. Many Olympic and Paralympic athletes are of childbearing age or adolescents

Contamination in Japan has not gone away and neither should our awareness. While most of the athletes, coaches and spectators will leave Japan, the contamination remains, impacting generations of people who will have to contend with this danger for much longer than the eight plus years they have been exposed to date.

Japan’s government-wide policy of dismissing radiation’s dangers and normalizing exposure to radioactivity is part of an attempt to resettle people in areas that would allow a dose of 2 rem (2000 mrem) per year. Prior to the Fukushima meltdowns, this level was considered high-risk to the general population. This is not an acceptable level of exposure, and the radioactive microparticles found in areas with even lower background levels indicates a significant risk that governments around the world who support nuclear technologies are covering up. Merely understanding and quantifying these particles is not enough. Governments must protect people from exposure everywhere in the world, not just in Japan. The danger of radioactive microparticles should be added to a long list of reasons why nuclear technology is not safe and should no longer be used.