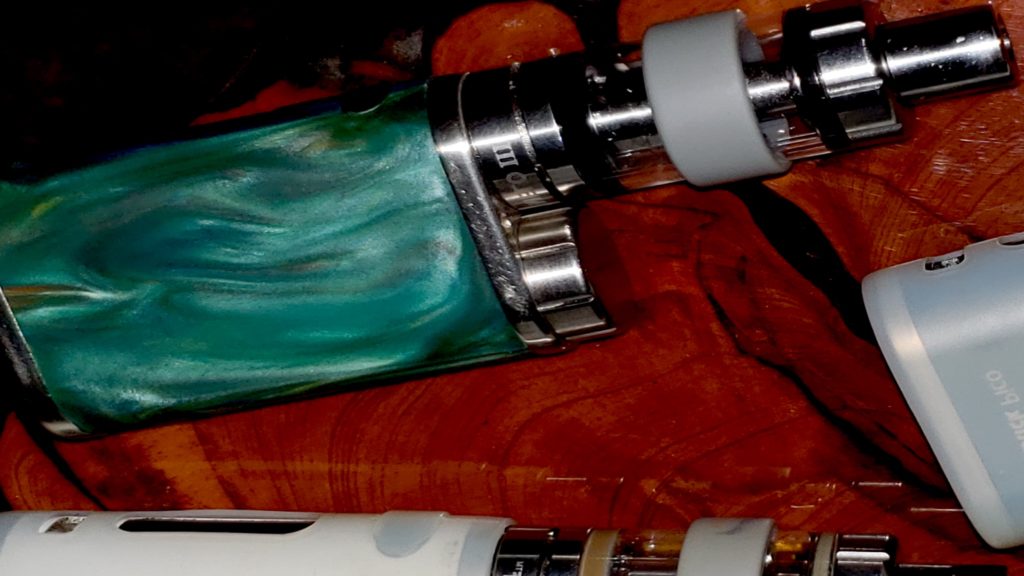 A new study has found that a common e-cigarette flavoring that has chemical characteristics similar to toxic chemicals found in cigarette smoke disrupts an important mechanism of the lungs’ antibacterial defense system.

“Our data suggest that when used in e-cigarettes cinnamaldehyde, like toxic aldehydes in cigarette smoke, significantly disrupts normal cell physiology in ways that may have implications for the development and exacerbation of respiratory disease,” said lead author Phillip Clapp, who recently completed his PhD in the lab of Dr. Ilona Jaspers at the University of North Carolina at Chapel Hill. “Our finding that cinnamaldehyde impairs normal airway cilia motility is significant because it demonstrates that a common, food-safe flavoring agent, in the context of e-cigarette use, is capable of dysregulating a critical anti-bacterial defense system in the lungs.”

Cinnamaldehyde is the chemical that gives cinnamon its characteristic flavor and odor.

Dr. Clapp and colleagues performed their experiment by exposing human bronchial epithelial cell (HBEC) cultures to diluted cinnamon e-liquids and e-liquid aerosols from a third generation e-cigarette device. The frequency of movement of hair-like projections (cilia) that clear mucus and dirt from the lungs — that is, cilia beat frequency (CBF) — was measured over 120 minutes using a high-speed digital camera and a video analysis system. The cinnamaldehyde content of each e-liquid was determined, and HBECs were then exposed to various concentrations of cinnamaldehyde to determine if cilia beat frequency changed as the dose increased. The researchers evaluated changes in mitochondria oxidation phosphorylation, the process by which cells generate the majority of their cellular energy.

Several different reactive aldehydes, a group of chemicals also found in cigarette smoke, cause lung inflammation, and increase susceptibility to bacterial and viral infections. In recent years, e-cigarettes have emerged as potentially safer alternatives to traditional cigarettes because they provide the sensation of smoking and the desired nicotine effect without burning tobacco. This new study adds to the discussion and may call those claims into question.

“E-cigarette emissions contain chemicals that have not been evaluated for inhalation toxicities,” said Dr. Clapp. “The inhalation of flavoring agents, which are frequently reactive aldehydes, poses a significant unknown in regards to the potential health risks of e-cigarette use as many of these chemicals are structurally similar to toxic aldehydes in cigarette smoke. Moreover, aldehyde flavoring agents are often used in exceedingly high concentrations in e-cigarettes, which may lead to high exposure doses.”

“The two principles of toxicology — ‘The Dose Makes the Poison’ and ‘The Route of Exposure Affects Toxicity’ — clearly apply here,” added Dr. Jaspers, senior author of the study.

Dr. Clapp and Dr. Jaspers noted: “Our data significantly add to the knowledge of how common food-safe flavoring agents, in the context of e-cigarette use, can affect immune defense responses in the lungs. We observed that a single, acute exposure of cinnamaldehyde-containing e-liquid and cinnamaldehyde alone temporarily impairs mitochondrial function, reduces intracellular energy production, and stops motile cilia in human airway epithelial cells. Numerous studies report that substances that impair normal airway cilia structure and function, such as reactive aldehydes in cigarette smoke, enhance susceptibility to respiratory infections. This could have implications for many different lung diseases.”

“While our in vitro findings are suggestive that cinnamaldehyde-induced ciliostasis may increase susceptibility to respiratory infections and potentially play a role in the development of lung diseases, additional studies are needed to determine whether cinnamaldehyde-containing e-cigarette aerosols impair mucociliary clearance in e-cigarette users in vivo. These studies are going to be conducted in the near future,” Dr. Jaspers said.

Dr. Clapp and Dr. Jaspers decided to conduct this experiment because many food additives “generally recognized as safe (GRAS)” by the U.S. Food and Drug Administration (FDA) have been added to e-cigarettes without further study of their effects when inhaled. They became especially concerned after looking at the chemical structures of various e-cigarette flavoring agents that have chemical structures similar to those that are found in cigarette smoke with known toxicities.