You are here: Home / Archives for plutonium 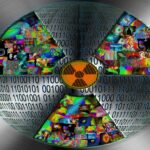 Karen Silkwood, an employee of the Kerr-McGee plutonium processing plant, was killed in a car crash on her way to deliver important documents to a newspaper reporter in 1974. Silkwood was a union activist concerned about health and safety issues at the plant, and her death at age twenty-eight was considered by many to be […]

Small amounts of plutonium (Pu) were released from the damaged Fukushima Daiichi Nuclear Power Plant (FDNPP) reactors into the environment during the site’s 2011 nuclear disaster. However, the physical, chemical, and isotopic form of the released Pu has remained unknown. Now, recent work published in the journal Science of the Total Environment has shown that Pu was […]

What happens when a massive nuclear weapons plant closes down in your neighborhood? ROCKY FLATS is the story of one community’s fight in Colorado to uncover the truth about the toxic legacy of the Cold War in their backyards ROCKY FLATS is a feature documentary about an under-the-radar yet crucial environmental story – of the […]