You are here: Home / Archives for Nagasaki 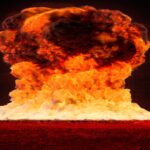 Radiation levels in some regions of the Marshall Islands in the central Pacific, where the United States conducted nuclear tests during the Cold War, are far higher than in areas affected by the Chernobyl and Fukushima nuclear disasters, according to new research from Columbia University. Three studies published July 15 in Proceedings of the National Academy […]