You are here: Home / Cancer / Neil Young takes on Monsanto, Starbucks and GMOs 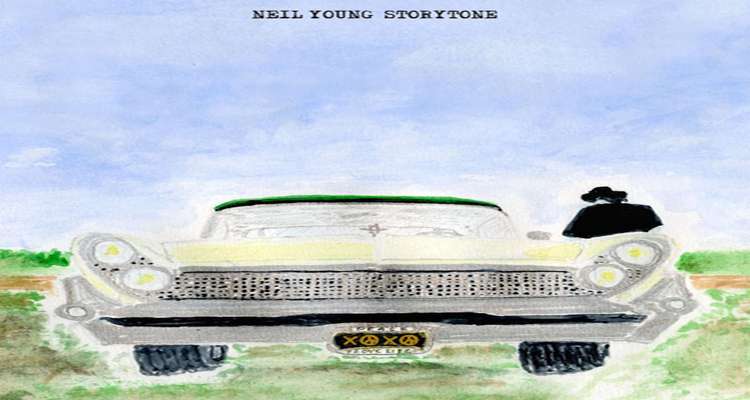 The Monsanto Years are here and we are living them. Monsanto is the poster-child for what is wrong with corporate controlled government in our world. Our upcoming record, “The Monsanto Years”, encompasses several associated subjects that millions of people world – wide are concerned about and active in.

No One Owns the Sacred Seed
GMOs & Toxic Farming*: dangers of GMO pesticides killing bees and other critical life forms by being bred into seeds, making food poisonous, howthe main function of Monsanto and some other GMO products is to create plants that can endure more pesticides, the dangers of pesticides, how GMO & industrial agriculture squanders water, how unsustainable farming intensifies climate change, how GMO & pesticides are linked to Autism, Cancer & many more health problems, the crime of patenting genes & controlling the global seed supply, butterflies, birds, soil life, and more.

From the Neil Young Times

I used to line up and get my latte everyday, but yesterday was my last one.
Starbucks has teamed up with Monsanto to sue Vermont, and stop accurate food labeling.
Tell Starbucks to withdraw support for the lawsuit — we have a right to know what we put in our mouths.
Starbucks doesn’t think you have the right to know what’s in your coffee. So it’s teamed up with Monsanto to sue the small U.S. state of  Vermont  to stop you from finding out.
Hiding behind the shadowy “Grocery Manufacturers Association,” Starbucks is supporting a lawsuit that’s aiming to block a landmark law that requires genetically-modified ingredients be labeled. Amazingly, it claims that the law is an assault on corporations’ right to free speech.
Monsanto might not care what we think — but as a public-facing company, Starbucks does. If we can generate enough attention, we can push Starbucks to withdraw its support for the lawsuit, and then pressure other companies to do the same.
Vermont is a small, entirely rural state with just 600,000 people. It’s a classic David and Goliath fight between Vermont and Monsanto. Considering that Starbucks has been progressive on LGBT and labor issues in the past, it’s disappointing that it is working with the biggest villain of them all, Monsanto.

There’s much more at stake here than just whether GMO foods will be labeled in a single U.S. state. Vermont is the very first state in the U.S. to   require labeling. Dozens of other states have said that they will follow this path — in order to encourage this, we need to ensure that Vermont’s     law stands strong.
That’s why Monsanto and its new allies are fighting so hard to kill GMO labeling in Vermont.
But whatever you think of GMOs, corporations should not be using massive lawsuits to overturn legitimate, democratic decisions with strong public backing.
SumOfUs is already fighting back — they helped Vermont raise almost a quarter of a million dollars to defend themselves against Monsanto’s bullying! Help them by going to SumOfUs and registering to donate or sign a petition. The next strategic step is to pressure and call out members of the Grocery Manufacturers Association, the shadowy body leading the lawsuit. Your backing can help.
Add your voice now. Tell Starbucks to stop supporting the lawsuit against Vermont.
Thanks for caring!
Neil Young
Nov 9, 2014
Vancouver BC Canada

Neil Young will be touring in support of it this summer.

The Monsanto Years will be released June 16, and the tour will start July 5 — view the full list of tour dates below, which includes the rocker’s first ever concert in Vermont: