You are here: Home / Health / Just one gram of turmeric could boost memory 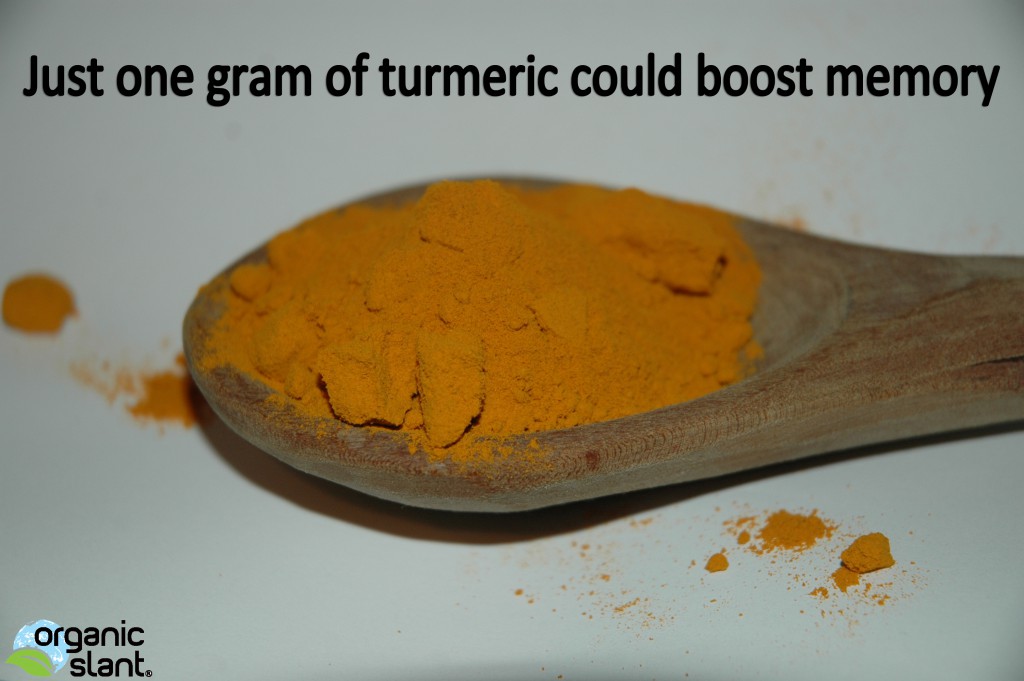 (Organic Slant) Adding just one gram of turmeric to breakfast could help improve the memory of people who are in the very early stages of diabetes and at risk of cognitive impairment.

The finding has particular significance given that the world’s ageing population means a rising incidence of conditions that predispose people to diabetes, which in turn is connected to dementia.

Early intervention could help to reduce the burden, whether by halting the disease or reducing its impact, said Emeritus Professor Mark Wahlqvist, from the Monash Asia Institute at Monash University.

Professor Wahlqvist recently led a study in Taiwan that tested the working memory of men and women aged 60 or older who had recently been diagnosed with untreated pre-diabetes.

“Working memory is widely thought to be one of the most important mental faculties, critical for cognitive abilities such as planning, problem solving and reasoning,” he said.

“Assessment of working memory is simple and convenient, but it is also very useful in the appraisal of cognition and in predicting future impairment and dementia.”

In the placebo-controlled study, subjects were given one gram of turmeric with an otherwise nutritionally bland breakfast of white bread. Their working memory was tested before and some hours after the meal.

“We found that this modest addition to breakfast improved working memory over six hours in older people with pre-diabetes,” Professor Wahlqvist said.

Turmeric is widely used in cooking, particularly in Asia. Its characteristic yellow colour is due to curcumin, which accounts for 3 to 6 per cent of turmeric and has been shown by experimental studies to reduce the risk of dementia.

“Our findings with turmeric are consistent with these observations, insofar as they appear to influence cognitive function where there is disordered energy metabolism and insulin resistance,” Professor Wahlqvist said.

The study, which was published in the Asia Pacific Journal of Clinical Nutrition, also involved a number of research institutes in Taiwan.