You are here: Home / Health / Fillet Oh Fish! Is farmed salmon one of the most toxic foods in the world? 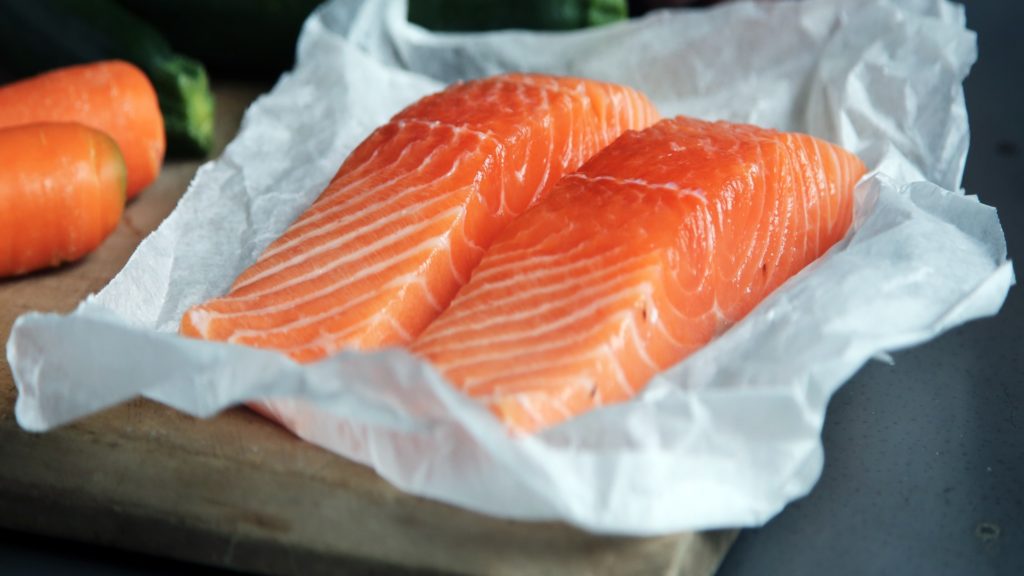 You may be shocked to discover that farmed salmon has more in common with junk food than health food. This is the grim reality revealed in Nicolas Daniel’s documentary “Fillet-Oh-Fish,” which includes exclusive footage from fish farms and factories across the globe.

Among the experts featured is Kurt Oddekalv, a respected Norwegian environmental activist who claims salmon farming is an unmitigated disaster, both from an environmental and human health perspective. Below the salmon farms dotted across the Norwegian fjords is a layer of waste some 15 meters (49.2 feet) deep, teeming with bacteria, drugs and toxic pesticides, and since the farms are located in open water, this pollution is in no way contained.

Farmed salmon also pose a more direct toxic threat to your health. Fish has always been considered a health food, but food testing reveals that today’s farmed salmon is one of the most toxic foods in the world. As noted by the producers of the film, “through intensive farming and global pollution, the flesh of the fish we eat has turned into a deadly chemical cocktail.”

In a global assessment of farmed salmon published in the January 2004 issue of Science, 13 persistent organic pollutants were found. Farmed salmon also does not have the nutritional profile of wild salmon, containing far higher amounts of omega-6, which can have deleterious health ramifications, seeing how most people are deficient in omega-3 while getting far more omega-6 than they need.

More than half of the fish Americans eat now comes from fish farms. Aquaculture promotes itself as a sustainable solution to overfishing, but in reality, fish farms cause more problems than they solve. For starters, it takes 1.5 to 8 kilograms of wild fish to produce just 1 kilogram of farmed salmon, so the aquaculture industry is actually contributing heavily to the depletion of wild fish stocks rather than saving it.

A salmon farm can hold upward of 2 million salmon in a relatively small amount of space. As with land-based factory farms where animals are kept in crowded conditions, fish farms are plagued with diseases that spread rapidly among the stressed fish. According to Oddekalv, sea lice, pancreas disease5 and infectious salmon anemia virus have spread all across Norway, yet consumers have not been informed of these fish pandemics, and sale of diseased fish continues unabated.

A number of dangerous pesticides are used to stave off disease-causing pests, one of which is known to have neurotoxic effects. Workers who apply the pesticide must wear full protective clothing, yet these chemicals are dumped right into open water.

The pesticides used have also been shown to affect fish DNA, causing genetic mutations. Disturbing examples of deformed cod are shown, and estimates suggest about half of all farmed cod are deformed in this fashion. What’s worse, female cod that escape from farms are known to mate with wild cod, spreading the genetic mutations and deformities into the wild population.

Farmed salmon also contain far higher levels of contaminants than wild, in part because of their elevated fat content. Many toxins readily accumulate in fat, which means even when raised in similarly contaminated conditions, farmed salmon will absorb more toxins than the wild fish. Shockingly, research reveals the most significant source of toxic exposure is not actually the pesticides or the antibiotics given to farmed salmon, but the dry pellet feed.

Pollutants found in the feed include dioxins, PCBs, chlorinated pesticides and a number of other drugs and chemicals. When consumed by the salmon, these toxins accumulate in the fat. One study, which tested 700 salmon samples collected from around the world, found PCB concentrations in farmed salmon are, on average, eight times higher than in wild salmon.

According to the authors, “Risk analysis indicates that consumption of farmed Atlantic salmon may pose health risks that detract from the beneficial effects of fish consumption.”

Another group of scientists concluded that11 “Consumption of farmed salmon at relatively low frequencies results in elevated exposure to dioxins and dioxin-like compounds with commensurate elevation in estimates of health risk.” Toxicology researcher Jerome Ruzzin has also tested a number of different food groups sold in Norway for toxins, confirming that farmed salmon contain the greatest amount of toxins of them all, and by a large margin.

Overall, farmed salmon are five times more toxic than any other food tested. In animal feeding studies, mice fed farmed salmon grew obese, with thick layers of fat around their internal organs. They also developed diabetes. Ruzzin notes that a theory gaining traction is that rising rates of obesity are related to the increasing number of toxins and pollutants we’re exposed to through our environment and food. In light of his own findings, Ruzzin has stopped eating farmed salmon.

Some of the toxicity also stems from the manufacturing process of the pellets. The fatty fish are first cooked, resulting in two separate products: protein meal and oil. While the oil has high levels of dioxins and PCBs, the protein powder also adds to the toxicity of the end product. To this protein powder, an “antioxidant” called ethoxyquin is added. According to the filmmaker, this is one of the best kept secrets of the fish food industry — and one of the most toxic.

Ethoxyquin was developed as a pesticide by Monsanto in the 1950s. Its use is strictly regulated on fruits, vegetables and in meat, but not in fish, because it was never intended for such use.

Fish feed manufacturers never informed health authorities that they were using the chemical as a means to prevent the fats from oxidizing and going rancid, and so its presence in farmed fish was never addressed. Disturbingly, testing reveals farmed fish can contain levels of ethoxyquin that are up to 20 times higher than the level allowed in fruits, vegetables and meats.

What’s more, the effects of this chemical on human health have never been established. The one and only study ever done on ethoxyquin and human health was a thesis by Victoria Bohne, a former researcher in Norway who made a number of disturbing discoveries, including the fact that ethoxyquin can cross the blood brain barrier and may have carcinogenic effects. Bohne was pressured to leave her research job after attempts were made to falsify and downplay her findings.