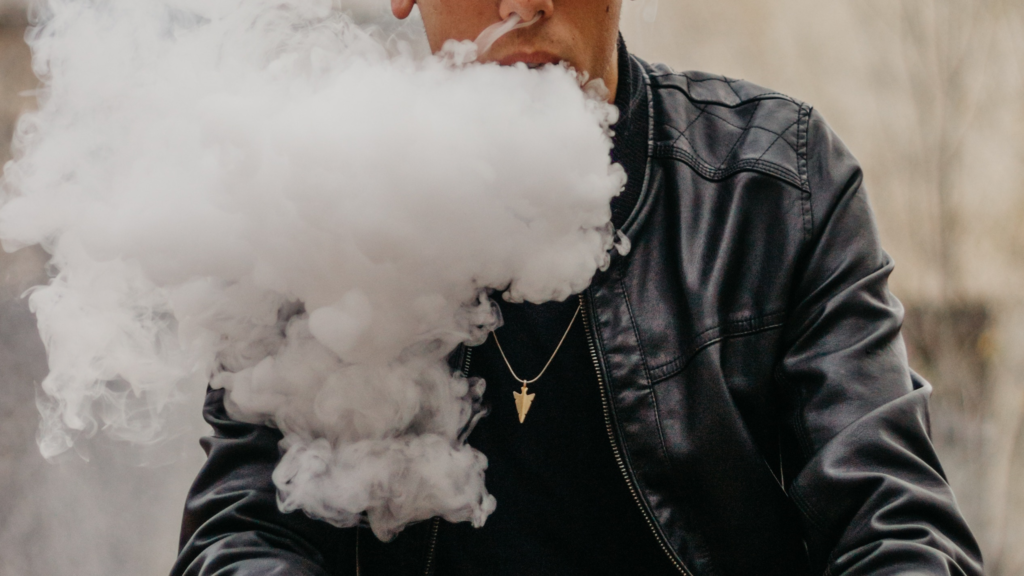 Lung cell impairment can occur with exposure to e-cigarettes, but other short and long-term effects of vaping remain unknown.

The use of electronic cigarettes, or e-cigarettes, is becoming increasingly popular in the United States, especially amongst teenagers. An e-cigarette is a device that produces an aerosol by heating a liquid, allowing users to inhale the aerosol into their lungs. This is also sometimes referred to as vaping or juuling, named for a popular brand of vaping device. E-cigarettes can appear like traditional cigarettes or cigars, while others look like ballpoint pens or USB devices.

E-cigarettes are often advertised as a healthier alternative to traditional tobacco use; however, little is known about their immediate and long-term health effects. To fill this gap in medical knowledge, Ilona Jaspers, PhD, has begun to examine effects of e-cigarette use on the respiratory system. Dr. Jaspers, a professor of Pediatrics, Microbiology/Immunology, and Environmental Sciences and Engineering at UNC, has a long-standing research interest in the way environmental pollutants impact the human immune response. In recent studies, she has found that e-cigarette use decreases important immune functions in the lining of airways.

For example, many e-cigarettes contain flavorings that make the vapor taste like candy or fruit. However, many of these flavorings are not tested for toxicity when they are inhaled. “The digestive systems and respiratory systems are very different,” says Jaspers. “Our stomachs are full of acids and enzymes that break down food and deal with chemicals; this environment is very different than our respiratory systems.”

In a recent study, she and a trainee, Phillip Clapp, PhD, were able to determine that exposure to e-cigarettes containing cinnamaldehyde, which gives vapor a cinnamon flavor, decreased movement of cilia, which are hairline structures covering bronchial epithelial cells (BECs). When their movement is impaired, this greatly increases the chance that inhaled bacteria or other foreign agents will be able to reside in the lung rather than being cleared from the airways.

What is particularly troubling to Jaspers is the vaping’s increasing popularity in tweens and teenagers. According to the Center for Disease Control and Prevention (CDC), e-cigarettes are the most commonly used tobacco product among youth. In 2016, 2 million US middle and high school students reported using e-cigarettes in the past 20 days. Advertisers and manufacturers have taken advantage of these numbers and often target younger demographics. Between 2011-2014, corporate spending on e-cigarette advertising rose from $6.4 million to $115 million. During this period, e-cigarette use increased from 1.5% to 13.4% in high schoolers and from 0.6% to 3.9% in middle schoolers. Particularly popular among tweens and teenagers are e-cigarettes such as JUUL, which uses nicotine-containing pods. A single e-cigarette pod can yield the same amount of nicotine absorption as a traditional pack of cigarettes. Nicotine is a highly addictive substance and also harms adolescent brain development, according to the Surgeon General.

Given their growing popularity among both adults and teenagers, studies on e-cigarettes represent an important, new area of health research. “We know that diseases like COPD, cancer and emphysema usually take many years to develop in smokers, but people have not been using e-cigarettes for very long,” Jaspers says. “We don’t know yet how the effects of e-cigarette use might manifest in 10 or 15 year . . . We’re at the beginning of cataloging and observing what may or may not be happening.” In addition, Jaspers says that “we may see new diseases in e-cigarette users that are usually not associated with smoking cigarettes.”