You are here: Home / Archives for smoking 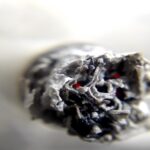 Nearly a quarter of pregnant women say they’ve been around secondhand smoke — in their homes, at work, around a friend or relative — which, according to new research, is linked to epigenetic changes — meaning changes to how genes are regulated rather than changes to the genetic code itself — in babies that could […] 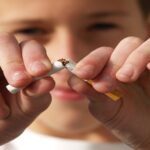 Nicotine-free plastic inhalers may increase a smoker’s chance of quitting, according to new research published online in the European Respiratory Journal. This study is the first to assess the effectiveness of using a nicotine-free inhaler to help stop smoking. The research, which was carried out by scientists at the Università di Catania in Italy, analysed 120 […] 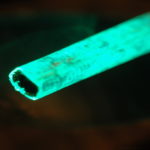 As if lung cancer, emphysema and heart disease weren’t enough, there’s more bad news for cigarette smokers. Researchers at the Case Western Reserve University School of Dental Medicine found that smoking also weakens the ability for pulp in teeth to fight illness and disease. In other words, smokers have fewer defense mechanisms on the inside […]