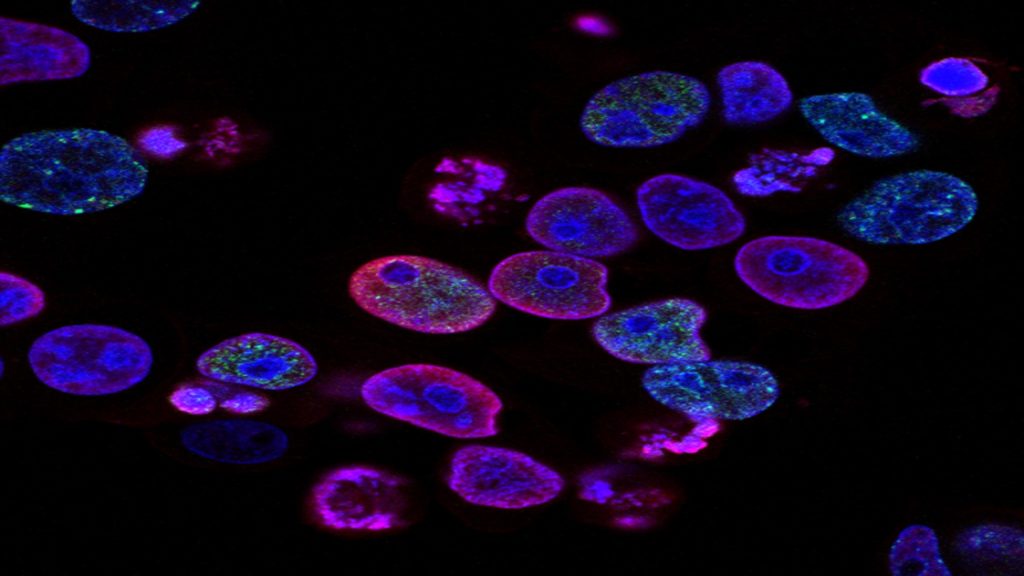 Reducing glucose metabolism dials down influenza viral infection in laboratory cell cultures, providing an entirely new approach for combating seasonal flu, according to research that will be presented on Sunday, Dec. 15, at the American Society for Cell Biology (ASCB) annual meeting in New Orleans.

While annual flu shots are based on the U.S. Centers for Disease Control (CDC)’s predictions of the viruses that will be in widest circulation each flu season, the new approach targets one metabolic requirement of all influenza viruses: glucose.

Fever, ache, and the other miseries of influenza viral infection afflict 5 to 20 percent of the U.S. population each year. While the flue is usually not life-threatening to the majority of its victims, the Spanish flu pandemic of 1918 demonstrated that flu viruses can evolve into lethal agents that spread worldwide. Because flu viruses change continually through mutation and genetic swaps, the CDC reformulates the flu vaccine each year

Yet to infect cells, the influenza virus is dependent upon the actions of the cell’s own proteins, and so another strategy for slowing viral infection would be to target essential viral needs, for example, their dependence on cellular glucose. Dr. Adamson and Kohio showed that influenza A infection can be controlled in laboratory cultures of mammalian cells by altering glucose metabolism.

When the influenza virus initially infects a cell, and the virus is confined in an endocytic vesicle, the viral proteins HA and M2 use the acidic environment inside the vesicle to fuse the viral lipid envelope with that of the vesicle, and then release the viral genome into the cytosol. The acidic pH that mediates these important viral process is established and maintained by the cell’s vacuolar-type H+ ATPase (V-ATPase) proton pump. The researchers found that this dependence could be used to manipulate the infection’s success.

Dr. Adamson and Kohio boosted glucose concentrations in the laboratory cell cultures, and influenza infection rate concomitantly increased. Treating the viral cells with a chemical that inhibits glucose metabolism significantly decreased viral replication in the lab cultures. The researchers also demonstrated that the infection could be restored to high levels simply by adding ATP, the major source of energy for cellular reactions, bypassing the need for glucose.

Looking closer, they discovered that higher levels of glucose promoted the assembly of the V-ATPase proton pump that drives the release of the influenza A genome into the cytoplasm, the internal watery environment of the cell.

When Dr. Adamson and Kohio added the glucose inhibitor to the cell cultures, the assembly of the molecular pump was suppressed. Viral infection, they concluded, was closely tied to the assembly of the V-ATPase pump, and this dependence could be used to manipulate infection success.

Specifically, they were able to suppress viral infection of cells by dismantling the V-ATPase through the lowering of glucose levels. In addition, they inhibited infection by treating cells with chemical inhibitors of glycolysis, the initial pathway of glucose catabolism. Conversely, influenza viral infection of cells could be increased by giving cells more glucose than normal, the researchers report in the journal Virology.

The ease with which the researchers could dial viral infection down by controlling glucose levels and thus V-ATPase activity suggested a new strategy for throttling influenza viral infection.

“Taken together, we propose that altering glucose metabolism may be a potential new approach to inhibit influenza viral infection,” said Dr. Adamson and Kohio.