You are here: Home / Cancer / Chernobyl Heart and the children of Chernobyl 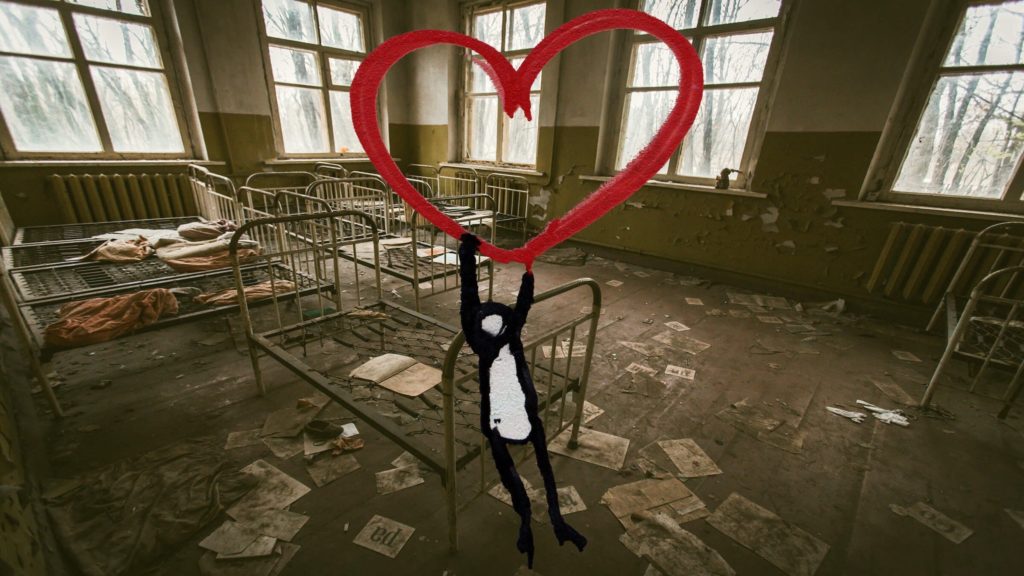 On April 26, 1986, the worst nuclear accident in history occurred when a reactor exploded at the Chernobyl nuclear power plant in Ukraine, releasing 90 times the radioactivity of the atomic bombs dropped on Hiroshima and Nagasaki.

Following Adi Roche, founder of Ireland’s Chernobyl Children’s Project, CHERNOBYL HEART opens in the exclusion zone, the most radioactive environment on earth. From there, Roche travels to Belarus, home to many of the children she seeks to aid. The film reveals those hardest hit by radiation, including thyroid cancer patients and children suffering from unfathomable congenital birth and heart defects.

Despite the fact that 99% of Belarus is contaminated with radioactive material, many people refuse to leave their homes behind. Asked why he would not move, the father of a radiation victim replies, “To leave the motherland where you were born and raised, where your soul is connected to the earth – I would not want to. To move to a new place is difficult, especially in terms of a job in Belarus and abroad.”

In Belarus, only 15-20% of babies are born healthy. Roche comforts children who are born with multiple holes in their heart, a condition known in Belarus as “Chernobyl heart.” A lucky few will have their heart problems fixed by Dr. William Novick, who heads the International Children’s Heart Foundation, a non-profit organization dedicated to helping children with congenital or acquired heart disease in developing countries throughout the world.

After saving the life of a young girl suffering from Chernobyl heart and being humbled by her parents’ gratitude, Dr. Novick affirms, “I appreciate this is a bit of a miracle for them…but we have a certain responsibility to these kids.”