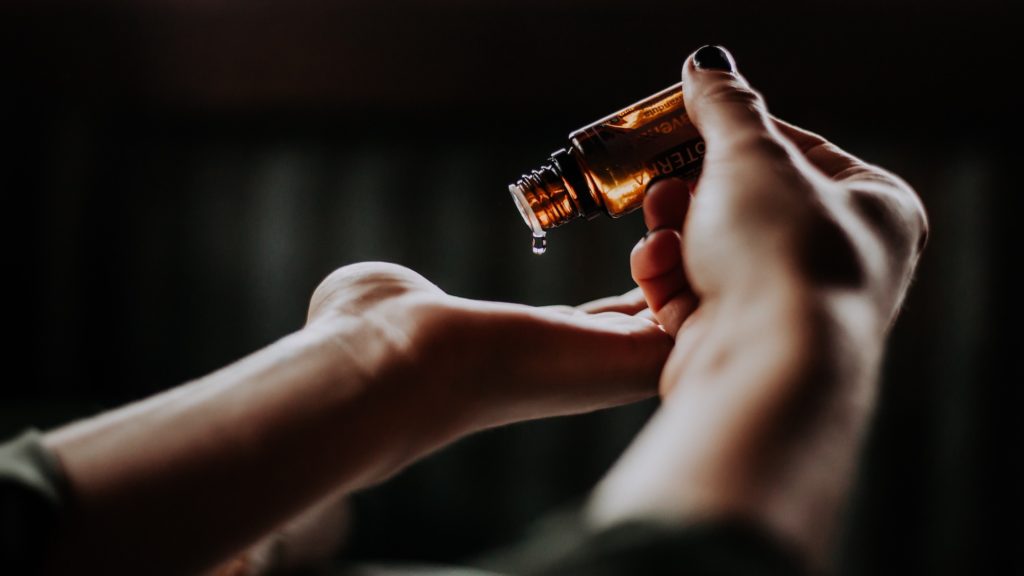 Indiana University researchers have discovered that a chemical compound found in essential oils improves the healing process in mice when it is topically applied to a skin wound — a finding that could lead to improved treatments for skin injuries in humans.

IU scientists also reported that skin tissue treated with the chemical compound, beta-carophyllene — which is found in lavender, rosemary and ylang ylang, as well as various herbs and spices such as black pepper — showed increased cell growth and cell migration critical to wound healing. They also observed increased gene expression of hair follicle stem cells in the treated tissue. The scientists did not find any involvement of the olfactory system in the wound healing.

Their research was published Dec. 16 in the journal PLOS ONE.

“This is the first finding at the chemical-compound level showing improved wound healing in addition to changes in gene expression in the skin,” said Sachiko Koyama, corresponding author on the paper, who, at the time of this research, was an associate scientist at the IU School of Medicine and is currently a visiting scientist in the IU College of Arts and Sciences’ Department of Biology. “The way gene expression changed also suggests not only improved wound healing but also the possibility of less scar formation and a more full recovery.

“It’s an example that essential oils work; however, it’s not through our sense of smell.”

Essential oils are natural, concentrated oils extracted from plants. Their use by humans dates back to ancient Egypt, but the scented oils have experienced a resurgence in popularity in the U.S. over the past few years, with many people using them for aromatherapy.

Koyama, whose original field of study is pheromones, said she wasn’t interested in essential oils at first. The project started when she saw several students studying the wound healing process in mice in the Medical Sciences Program at the IU School of Medicine-Bloomington. Having previously worked in the IU College of Arts and Sciences’ Department of Psychological and Brain Sciences, where scientists are working with cannabinoid receptors, Koyama knew that beta-caryophyllene activates not only olfactory receptors but also cannabinoid receptor 2 (CB2), which has anti-inflammatory impact when it is activated.

This accelerated the wound healing process, she said, but the resulting change in gene expression indicates that the improved healing is not merely achieved through activation of the CB2 receptor.

“It’s possibly more complicated,” Koyama said. “Our findings suggest the involvements of some other routes in addition to CB2. I hope to clarify the mechanisms of action in the near future.”

Although the study’s results are promising, Koyama said she wouldn’t recommend that people start treating their injuries with just any essential oils, as her research applies to a very specific chemical compound with known purity, diluted in a specific concentration.

“It’s not very precise to use the essential oils themselves because there are differences,” she said. “Even if you say you used lavender, when the lavender was harvested, where it was harvested, how it was stored — all of this makes a difference in the chemical composition.”

Koyama said further research is required to figure out how beta-carophyllene might be used to develop new treatments for skin wounds in humans. She said she hopes to better understand the mechanisms that accelerate the healing process and to find a combination of chemical compounds that could be used together to accelerate drug delivery and chemical stability, which is important for avoiding or suppressing allergic responses caused by oxidation of the chemical compounds.

“There are many things to test before we can start using it clinically, but our results are very promising and exciting; someday in the near future, we may be able to develop a drug and drug delivery methods using the chemical compounds found in essential oils.”