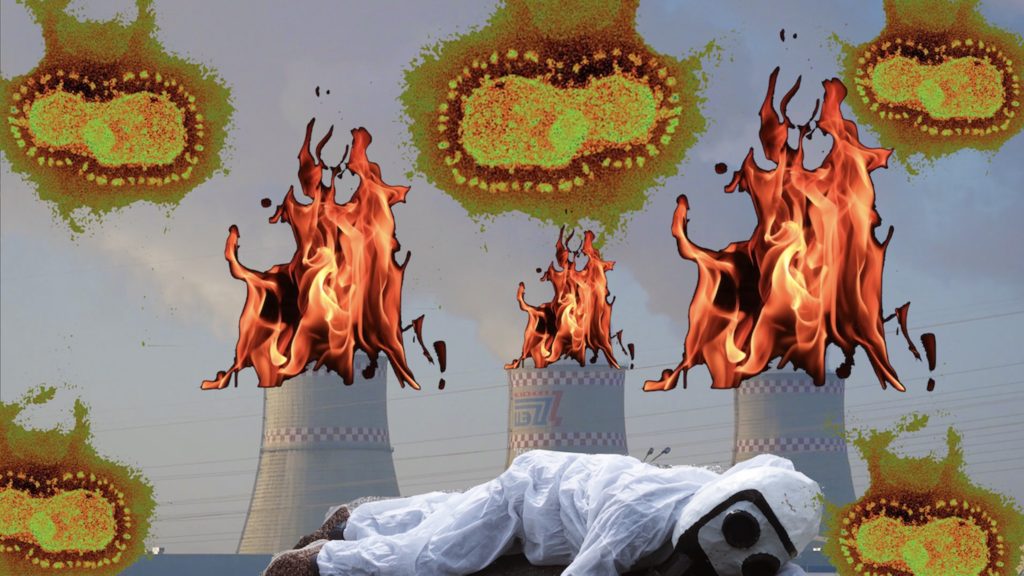 In the 1981 novel, “The Eyes of the Darkness,” it tells of a Chinese military lab that creates a virus as part of its biological weapons program.

The lab is located in Wuhan, which lends the virus its name, Wuhan-400.

A chilling literary coincidence or a case of writer as unwitting prophet?

In The Eyes of Darkness, a grieving mother, Christina Evans, sets out to discover whether her son Danny died on a camping trip or if – as suspicious messages suggest – he is still alive.

She eventually tracks him down to a military facility where he is being held after being accidentally contaminated with man-made microorganisms created at the research centre in Wuhan.

In another strange coincidence, the Wuhan Institute of Virology, which houses China’s only level four biosafety laboratory, the highest-level classification of labs that study the deadliest viruses, is just 32km from the epicenter of the current coronavirus outbreak. 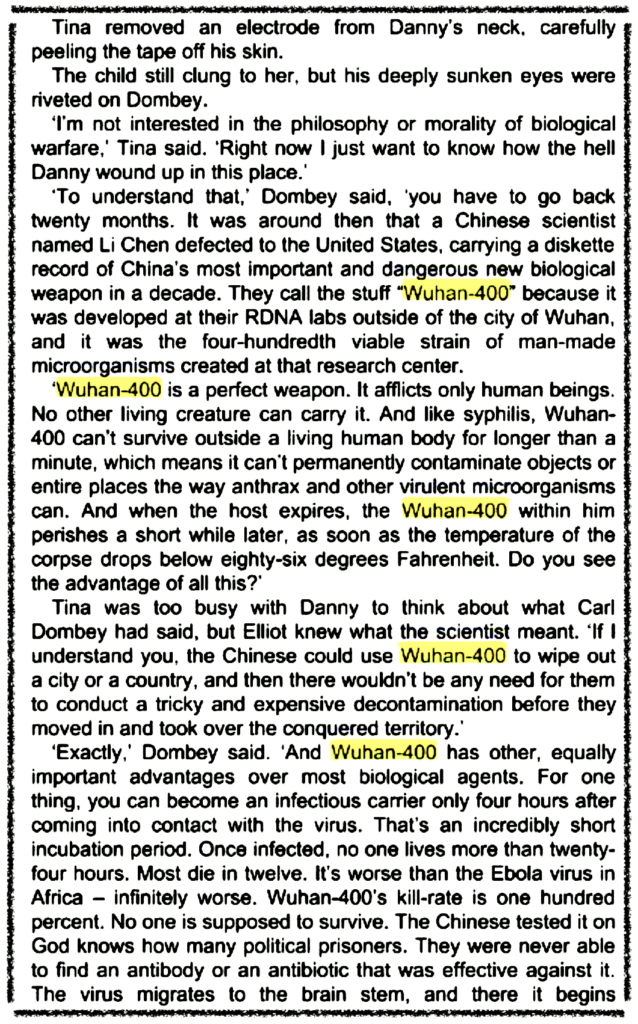