You are here: Home / Health / Taste disturbance attributed to consumption of pine nuts 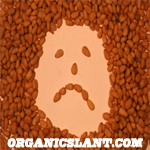 (Organic Slant) Pine nuts can cause taste disturbances. A bitter, metallic taste is described, lasting from a few days to a few weeks after consumption.

This taste disturbance has been referred to as ‘pine mouth’ or ‘pine nut syndrome’.

Not all people who consume pine nuts become afflicted with the taste disturbance. The pine nuts do not taste any different at the time, but after 1 to 3 days the bitter or metallic taste becomes apparent and is exacerbated by the consumption of food and drink.

Cases of pine mouth are not common, however since 2009 there appears to have been a rise in numbers internationally with several hundred complaints lodged with agencies across countries including France, the UK and USA.

The first documented case of pine mouth in the scientific literature dates back to 2001 when Mostin (2001) published an article in the European Journal of Emergency Medicine.

Accounts from sufferers of pine mouth indicate there is nothing at the time of consumption to suggest a difference with the pine nuts, they do not taste any different to ‘normal’ pine nuts. However, between 1 to 3 days after consuming the pine nuts the symptoms of the taste disturbance become evident and are usually described as a bitter or metallic taste which is exacerbated by the consumption of food and drink. The symptoms can last from a few days to up 2 weeks, although there are several anecdotal reports of symptoms lasting longer (up to 6-9 weeks) (Hampton, 2011; Tan, 2011).

While pine nuts are potentially allergenic, for all of the reported cases of pine mouth, the taste disturbance is not due to an allergy, and symptoms are self-limiting with no long-term adverse health effects observed (Ballin, 2012). As such, while pine mouth is not considered a food safety issue in the traditional sense, reports from consumers suggest that the taste disturbance is quite pronounced, significantly decreasing appetite and enjoyment of food and causing considerable discomfort to the sufferer. There are also anecdotal reports of sufferers undergoing unnecessary medical scans (eg MRI scans and endoscopy) or being prescribed medication (eg antibiotics) because there is insufficient knowledge of the condition among the population and the medical profession to realise the cause (Tan, 2011).

Pine nuts are the edible seeds of pine trees of the family Pinaceae genus Pinus. When first extracted from the pine cone, pine nuts are covered with a hard shell (seed coat), with the thickness dependent on the pine species. Pine nuts are not a true nut as (being a gymnosperm) they lack a carpel (fruit) outside. Unshelled pine nuts have a long shelf life if kept dry and refrigerated, but the shell must be removed before the nut is eaten. Shelled nuts can deteriorate rapidly in warm conditions, becoming rancid within a few weeks.

Mixing of different pine nuts species for retail sale is common practice, which makes identification of any implicated pine nuts difficult. However, several researchers have indicated that a particular pine nut species Pinus armandii exported from the Shaanxi and Shanxi regions of China may be responsible for causing the symptoms, as this species of pine nut was not traditionally considered edible.

While there are greater than 100 species in the genus Pinus, there are around 29 different species listed by the Food and Agricultural Organization (FAO) as being cultivated for human consumption.

Nuts of different pine species differ in size, nutritional value and taste however they may be mixed together at wholesale level and labelled generally as pine nuts.

In the initial report of pine mouth from Mostin (2001), the author did not record the species of the pine nuts, but stated they were imported from China. Since that time, based on the published reports of pine mouth, Destaillats et al (2010) concluded that there appears to be a growing correlation between the taste disturbance and consumption of P. armandii (Chinese white pine) and P. massoniana (Chinese red pine). While there are suspicions about a particular species of pine nut being responsible for the taste disturbance, there have been several obstacles to overcome in making a definitive conclusion.

The lack of methodology to accurately distinguish pine nut species (especially when they are sold in mixed batches) has been a primary difficulty and researchers have in some cases resorted to sorting pine nuts based on visual classification or attempting to classify on the basis of fatty acid profile. In addition, there is still incomplete understanding of the mechanism for what causes the pine mouth symptoms in susceptible consumers. Nevertheless, in a recent journal article Zonneveld (2011) reported that tasting showed definitively that P. armandii is the origin of the bitter aftertaste known as pine nut syndrome.

The causative agent responsible for the pine mouth taste disturbance has so far not been identified.

In response to the increased number of pine mouth cases, the Chinese authorities have implemented measures to accredit exporters of pine nuts and implement strict control measures to ensure Pinus armandii are no longer exported. In addition, the international standards setting body Codex Alimentarius Commission has moved to exclude Pinus armandii as well as another species of pine nut, Pinus massoniana from its list of edible tree nuts.

While there appears to be an association between pine nut ingestion and cacogeusia (bad taste), little is known about this condition, nor can any specific mechanism of specific cause be identified. It is not known if a specific species of pine nut can be implicated. “Pine mouth” appears to be an emerging problem.

The specific toxin that is apparently present in affected nuts has not yet been isolated, and the mechanism of toxicity and factors determining pine mouth syndrome susceptibility need to be further detailed. There are no proven therapies for pine mouth syndrome. The only treatment is to cease ingesting implicated nuts and to wait for symptoms to abate.