You are here: Home / Health / Microplastics found in oysters, clams on Oregon coast 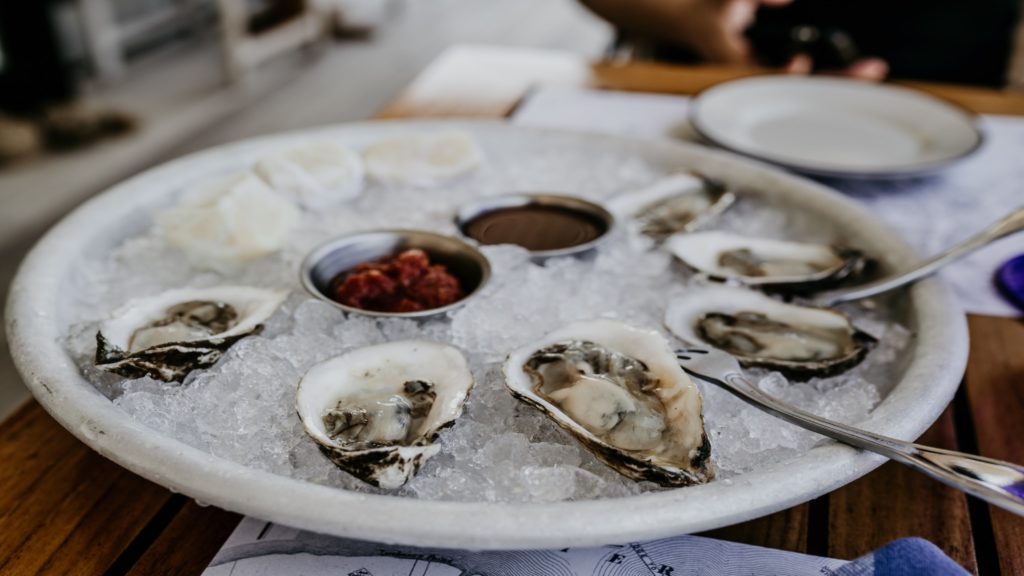 Tiny threads of plastics are showing up in Pacific oysters and razor clams along the Oregon coast — and the yoga pants, fleece jackets, and sweat-wicking clothing that Pacific Northwesterners love to wear are a source of that pollution, according to a new Portland State University study.

Britta Baechler, a Ph.D. student in PSU’s Earth, Environment and Society program, and Elise Granek, a professor of environmental science and management, looked at what variables predict microplastic concentrations in Pacific oysters and razor clams — organisms that have commercial, recreational and cultural importance in Oregon.

On average, the researchers found 11 microplastic pieces per oyster and nine per clam in the samples, and nearly all were microfibers, which can come from clothing made from synthetic or natural materials as well as derelict fishing gear.

“These microfilaments can be shed from clothing, up to 700,000 per load of laundry,” Baechler said. “Those particles then travel out through greywater into wastewater and to the coast.”

The team also found that spring oysters contained more microplastics than the oysters sampled from the summer. Baechler said seasonal precipitation and the type of clothing typically worn in the spring compared to summer may have been factors.

“Whether it was a fairly urban site or a rural site, estuary or open-coast beach, both species had microplastics,” Granek said. “Although we think of the Oregon coast as a much more pristine coastline compared to California, Puget Sound or the Eastern Seaboard, when we are talking about microplastics, we’re still seeing that human footprint on even our more pristine coastline.”

Granek said that because fishing gear can be a source of microfibers, fisheries and oyster growers are often blamed for the problem of microplastics in seafood — but there is no scientific consensus that this is the case.

“It’s not because people aren’t managing our fisheries well or are being unclean in their practices,” she said. “We’re all using plastics on a daily basis. We are all the source of contamination in our seafood. And microplastics are not just in our seafood. We know that they are in our beer, in our salt, in our drinking water.”

Baechler and Granek said more research still needs to be done to determine what effect the microplastics have on the organisms themselves and the humans who consume them. Studies have shown that microplastics can have negative physiological impacts such as reproductive and growth impairments on oysters and clams.

“If reproduction or growth is impaired, that could really affect not just individual clams or oysters, but possibly local populations of these organisms as well,” Baechler said.

Granek said engineers are coming up with filters that could attach to washing machines, but it’s still too early to tell how effective they are at preventing microfibers from discharging into the water and whether they’re too costly for the general public.