You are here: Home / Health / Coronavirus found to have up to 24-day incubation period; CDC releasing Wuhan evacuees in Texas, Nebraska and California after just 14 days 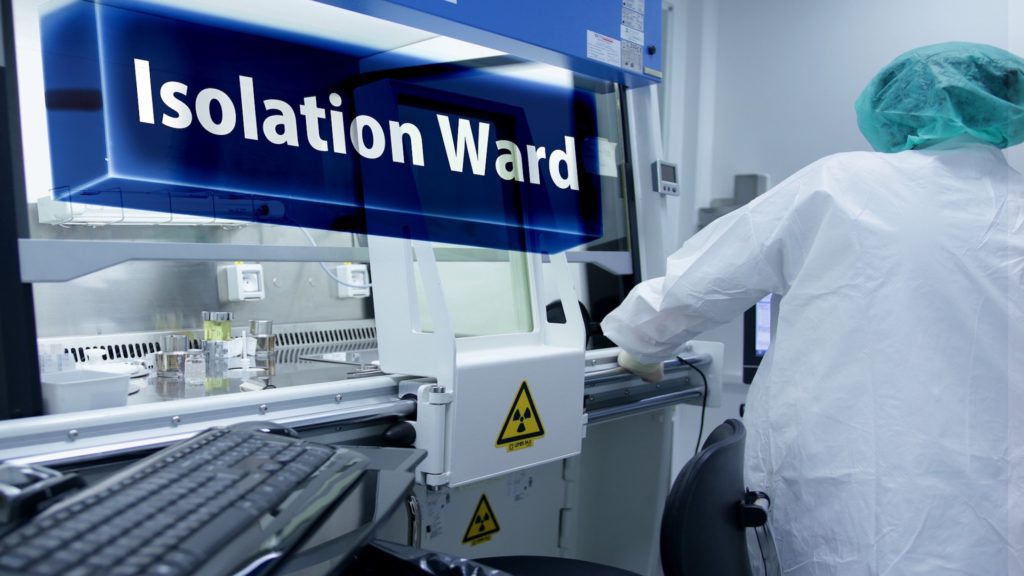 The CDC has already flown hundreds of American evacuees from Wuhan, China to various cities across the United States, including San Antonio, Texas and Omaha, Nebraska. There, evacuees are being quarantined for 14 days, after which they will be released to return to their homes.

This 14-day quarantine is based on an assumption that this nCoV coronavirus has a maximum 14-day incubation period. But what if that assumption was wrong?

What if some patients actually experienced a 24-day incubation period before showing symptoms?

If that were the case, the CDC would be releasing people into the population 10 days too early, effectively contributing to the outbreak.

Guess what? That’s exactly what’s happening, according to a science paper published on the MedRxIV website, backed by the British Medical Journal and Yale. The study, entitled, “Clinical characteristics of 2019 novel coronavirus infection in China,” is noted as a “preprint” which “has not been peer-reviewed,” but the study notes that incubation periods for the coronavirus vary from zero days to 24 days.

The study was based on 1,099 patients with lab-confirmed 2019-nCoV, gathered from 552 hospitals in 31 provinces, through January 29, 2020, explains the abstract. We’ve posted a backup copy of the original PDF here, just in case MedRxIV removes it or stealth edits the paper.

The median incubation period was noted as 3.0 days. The conclusion of the paper is not good news for the world:

Notably, only 1.18% of the patients studied by the researchers had any direct contact with wildlife. Almost everyone in the study caught the virus from other people, underscoring the human-to-human transmission that’s exploding across China.

If the incubation period lasts up to 24 days, then governments all over the world are releasing infected patients after insufficient quarantine

Although we feel great remorse for any human being trapped in a medical quarantine, the entire purpose of the quarantine is to isolate infected people for the full duration of viral incubation. If quarantines do not cover the full range of expected incubation durations, then they will inevitably release some number of infected people into the general population.

Although a 14-day quarantine will no doubt cover the vast majority of possible carriers, if even 1% of patients demonstrate incubation periods lasting significantly longer than 14 days, that’s still enough to spark an outbreak in the general population.

This is on top of the fact that the CDC just admitted earlier today they made a mistake in the lab and “accidentally” released a person from a quarantine center in California long before the 14-day quarantine requirement. As Zero Hedge reports:

Dr. Anne Schuchat, a top official at the CDC, told reporters in Washington, admitted that “it turns out there was probably a mix up and the original test wasn’t negative.”

First off, what’s with the doublespeak? Why not just say the first test was positive? Instead, they have to say, “was not negative” which is a double negative. So the pandemic language police are alive and well at the CDC, it seems, where even mentioning the word “positive” is now forbidden. And we’re supposed to trust these people to be transparent?

Secondly, does anybody really believe this release of a possibly infected person was an accident? By all accounts, it seems like the CDC is trying as hard as it can to distribute potentially infected people all across the country, literally chartering commercial jets to land American evacuees from Wuhan in cities like Omaha and San Antonio. So the CDC is either lying or just flat-out incompetent. Perhaps both. But it makes no sense to distribute returning evacuees across several facilities in several states (and then release them after just 14 days instead of 24 days).